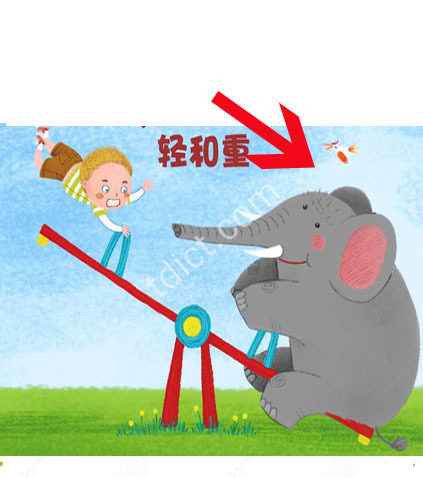 heavyish
Somewhat heavy.
“I’ve been looking at the possibility of making a sketch book from thin card, or from a heavyish watercolour paper.”
“Muscle-strengthening exercises include, of course, weight training but also you will get the benefits from walking uphill, carrying heavyish shopping bags, Pilates or yoga.”
“Dahlias love a moist soil, so for these, a heavyish soil is fine.”
heaving
同义词： bursting at the seams busy chock-a-block chock-full
(informal) Crowded with people.
“Despite not having been able to book, we didn’t have long to wait before we were led through the heaving restaurant to a tiny table for two in a far corner.”
heaviest
同义词： weightiest heftiest biggest largest
heavy的形容词最高级形式
“They are huge birds, up to a metre tall and 16 kg in weight, making them the heaviest airborne birds in the world.”
“The heaviest people in his study had fewer dopamine receptors than the lightest.”
“The undergrowth and the weed will be at its heaviest and the natural food available to the fish will be at its most abundant.”
heavier
同义词： more greater farther further
heavy的形容词比较级形式
“For early season use most anglers tend to fish the flies deeper and so use heavier hooks.”
“With drag from pontoons and floats removed, the OS2Us had greater speed and could carry heavier loads of bombs.”
“Jeans, cords and heavier types of trousers can be folded, as their thickness will generally prevent them from creasing.”
heavisome
(dialect) heavy; of heavy mood; doleful; sad; dull; gloomy.

heavys
同义词： villains baddies fiends meanies
heavy的复数形式
“Finally one of the heavys leaned around the rock and gave him a quick thumbs up.”
“To separate all sticks and light foreign material in the light portion requires two aspiration stages to provide a satisfactory ratio of heavys to lights.”
“Momentarily frozen in front of him were two heavys, carrying chains.”

The army suffered heavy losses in the battle.

The heavy load did not bow him down.

The heavy blow sent the enemy spinning to the ground.

I’m roasting in this heavy coat.

The ship pounded through heavy seas.

coarse fabric of hemp,jute,linen or cotton,made waterproof by a heavy coating bases on a mixture of drying oil and lampblack

The heavy rain wetted us through.

The heavy rain shattered on the roof.

The heavy rain made the course ride soft.

The stream flushed after the heavy rain.

The heavy rain hindered our completing the work.

The enemy pounded the area with heavy artillery.

A heavy tax is imposed on tobacco.

The feudal lord squeezed the peasants with heavy taxes.

The boat received a heavy load.

The radio says heavy rain in the afternoon.

In the orchard, fruits in autumn were hanging in clusters, and the air was heavy with the aroma of melons and fruits.

levy a heavy tax on

wound or injury produced by heavy

1.(of a class of thing) above the average weight; large of its kind.

2.(of a literary work) overly serious or difficult.

‘This book is a _heavy_ work that attempts to carry the weight of the world upon its existential shoulders.’

‘The actress/director known for _heavy_ works with a concentration on dense language, has had two projects this month marked by a lightness of approach and a delight in humorous details.’

4.(of a person’s head or eyes) feeling weighed down by weariness.

‘Her eyes were too _heavy_ to open and all that reached her ears were voices that she didn’t understand.’

5.(of a smell) very strong; overpowering.

‘The _heavy_ smell of liquor hung in the air, assaulting my sensitive nose, and making my eyes water.’

6.(of food) hard to digest; too filling.

‘I arrived back at my desk feeling slightly sleepy from the lovely sunshine, and overfull from the _heavy_ chocolate torte I’d had for desert.’

‘You may wish to avoid _heavy_ foods before sleeping and you may also want to try a simplified diet for a week.’

7.(of ground or soil) muddy or full of clay.

‘The _heavy_ clay garden soil that you regularly curse over is fine for aquatic plants.’

‘The soil should be well-drained, so add sufficient sand to _heavy_ clay soils.’

8.(of music, especially rock) having a strong bass component and a forceful rhythm.

‘In the end, what you hear is the _heavy_ rock influenced guitar and hip-hop drum beats.’

‘I like most music as long as it’s not classical or _heavy_ rock.’

9.(of the sky) full of dark clouds; oppressive.

‘After an hour the fairways and greens were laced with perspiration as the two divisions toiled away under the _heavy_ skies.’

10.Doing something more, or more deeply, than usual.

‘He and his wife Joanne, also a _heavy_ smoker, went for an initial session with Richard at which he assessed how easy they would be to hypnotise.’

11.Excellent (used as a general term of approval).

‘Instead, there was sadness and a _heavy_ heart about the decision that lies ahead of him.’

‘a _heavy_ burden of responsibility’

‘Piloting an aeroplane is a recreational activity that carries with it a _heavy_ burden of responsibility.’

14.Moving slowly or with difficulty.

‘steering that is _heavy_ when parking’

‘I asked my father to try the car last night, and he also feels the steering is _heavy_ .’

‘She had no money for the dowry that convents demanded, but she offered herself as a lay sister - that is, one of the nuns who performs all the _heavy_ work of the house.’

16.Not delicate or graceful; coarse.

‘he had a big moustache and _heavy_ features’

‘As they rushed by, Mark glanced their faces, which were characterized by _heavy_ Mexican features.’

17.Of great density; thick or substantial.

18.Of great weight; difficult to lift or move.

‘the pan was too _heavy_ for me to carry’

19.Of more than the usual size, amount, or intensity.

‘the traffic was _heavy_ and I was delayed’

20.Of or containing atoms of an isotope of greater than the usual mass.

‘The nuclei of _heavy_ isotopes are rich in neutrons, which dominate their nuclear surface.’

‘Chemical bonds between hydrogen and _heavy_ atoms were constrained to their equilibrium value.’

21.Serious or difficult to deal with.

‘things were getting pretty _heavy_ ’

‘Everything was getting pretty _heavy_ with the play as well as all the regular school stuff.’

22.Striking or falling with force.

‘we had _heavy_ overnight rain’

23.Used in questions about weight.

‘If they really existed, just how _heavy_ would those plates have been given the size and description by Smith?’

‘I tend to go a little _heavy_ on the sauce, hence the extra straining.’

‘They do believe in religion, but in practice it becomes too serious and _heavy_ .’

26.Weighed down; full of something.

‘Soon enough the flowering trees would be _heavy_ with blossoms, and it would be his favorite time of year.’

‘The feeling weighed _heavy_ on his shoulders and in his mind as he finished combing his hair.’

1.A large, strong man, especially one hired for protection.

‘I needed money to pay off the _heavies_ ’

‘In terms of complying with the legislation in respect of recovery of payments, their way will be a brick through the window, or sending the _heavies_ around to deal with a debtor.’

2.A thing, such as a vehicle, that is large or heavy of its kind.

‘Meanwhile, he is leading the charge at airport to beef up the runway and expand support facilities to accommodate _heavies_ such as the C-5 Galaxy.’

‘Our list includes interesting cases with big names involving celebrities, political _heavies_ and anyone else of notoriety.’

‘reporters from the Sunday _heavies_ ’

‘Lager and _heavy_ may have replaced whiskey, folk ate chips instead of tacos, but country music is all about feeling and the sentiment was real.’