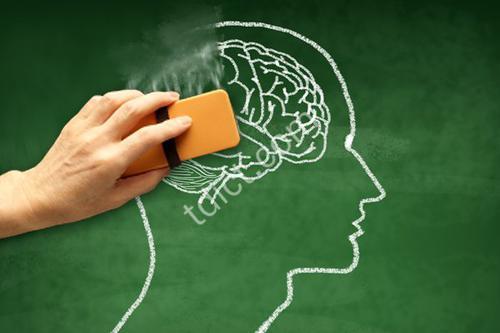 例句1. he forgot where he had parked his car’

例句2. how could you forget your notes?’

例句3. I forgot to close the door’

unforgetful
同义词： tenacious dogged persistent determined
not forgetful
“It was strange that reserved, unforgiving, and yet not unforgetful temperament of his!”
“Orcus has heard my vow, and it is written in the book of the unforgetful Hades.”
“It is a place of refuge, of ineffable tranquillity, of unforgetful tenderness.”
forgettable
同义词： boring mediocre ordinary undistinguished
Easily forgotten.
“The first half was utterly forgettable with the exception of just a few saving graces.”
“It is a classic piece of TV comedy that has stood the test of time but most of the other 82 episodes were completely forgettable.”
“In other words, clever endings can’t conceal that his films are essentially bloodless, forgettable exercises.”
unforgettable
同义词： memorable indelible exceptional extraordinary
Very difficult or impossible to forget
“And a fourth grade teacher goes above and beyond the call of duty to teach a student an unforgettable life lesson.”
“It is a wonderfully told tale, with a well drawn main character and an unforgettable deuteragonist.”
“Secondly, and perhaps disappointingly, pretty much the only thing taught about him is those seven unforgettable words.”
forgotten
同义词： unremembered bygone lost past
Of which knowledge has been lost; which is no longer remembered.
“Here are queens who have been long forgotten, overlooked, unfairly maligned or simply dismissed as mere bit-players on the world stage.”
“Ghost stories abound wherever there is an abandoned, forgotten building.”
“I say this because it does seem that relatively few authors have explicitly adopted it, and it, rather curiously, seems a forgotten option.”
unforgetting
Not forgetting.

forgat
同义词： disremembered misrecollected obliviated unlearned
forget的过去式形式(过时的,旧时用法) simple )
“He forgat not his courtesy, but gave it into the hand of the maiden, and drew forth his good sword.”
“In such sorte as to marry her I forgat all feare of friendes, and brought her hither in despite of her parentes.”
“But in their wealth they forgat the goodness of God, so that ofttimes he gave them over into the hand of their enemies.”
forgetted
forget的过去式和过去分词形式(非标准)
forgetteth
forget的(已不通用)第三人称单数形式
forgets
同义词： disremembers misrecollects obliviates unlearns
forget的第三人称单数形式
“A person can pretend to be happy only so many times before that person forgets how it feels to be authentically happy.”
“Like much of its genre, this satire spends so much effort tying itself in rhetorical knots, it almost forgets to make a point.”
“Making it worse is the fact that whenever the band forgets itself and goes into Dire Straits mode, his voice starts edging towards reediness.”
forgot
同义词： lost left dropped left behind
forget的过去式和过去分词形式(simple past tense of forget || (已不通用)
“He lectured pairs of tourists, gestured and orated grandly, tried to recruit them to his cause, and promptly forgot that he ever saw them.”
“Mary easily forgot he was not as strong, but he would never admit to any weakness in front of her.”
“Let us just deal with some of the things that Helen Clark forgot to mention in her speech.”

Don’t forget what I told you just now.

Don’t forget you won’t be here all the time.

Don’t forget to pack your toothbrush!

Don’t forget to keep in touch.

Don’t forget to admire the baby

Don’t forget me to your mother.

Don’t forget to focus the lens.

Don’t forget to give him a ring.

Don’t forget to buy me a calendar.

Don’t forget to write to us.

Don’t forget to send me a postcard.

Don’t forget that the men are coming to install the refrigerator in the kitchen this morning.

Don’t forget about your homework.

Don’t forget to keep the subject within the parallax correction marks.

Don’ t forget to return the details of what you spend.

Don’t forget to bring something back for me.

Don’t forget to keep 1.2m away from the subject.

Don’t forget to feed the cat.

Don’t forget about your study.

Don’t forget to date your cheque.

Try to forget all about him.

Don’t forget to bring your wife

Don’t forget to order a taxi.

1.Deliberately cease to think of.

‘ _forget_ all this romantic stuff’

‘for years she had struggled to _forget_ about him’

‘he had forgotten his lines’

‘she had completely forgotten how hungry she was’

3.Inadvertently neglect to do, bring, or mention something.

‘I _forgot_ my raincoat’

‘she _forgot_ to lock her door’

4.Neglect to behave in an appropriate way.

‘Temporarily _forgetting_ himself, Cannington was now leaning across the desk staring at Robert King.’